skip to main | skip to sidebar

Came across this on a site which has banned me ....
"I came across an old zoom lens I used to use. It’s a “sun” brand, and fits a pentax (thread-mount) camera, and is 85—210 size. Do you know if there is any use for something like this now?"

It could be rubbish and only useful as a paper-weight as one snooty person suggested ... on the other hand if it is a 'Thread Pentax' that means to me that it has a'M42' thread and adaptors to EOS an MFT are available ... I have both and my legacy lens are all M42 Pentax.

I do not know the 'sun' brand an it ould be AOK maybe not but if cheap enough worth a try.
Sun lenses ....http://allphotolenses.com/lenses/brands/c_101.html
or http://allphotolenses.com/lenses/item/c_629.html
The reviewer suggests it is a good quality lens
It appears to be a constant f/4 like my Tokina.
A couple of shots when I got my APS-C and fittied the lens to it. Shot in A mode the camera picks the shutter speed but I had to focus. 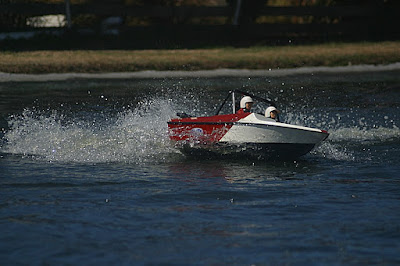 Trolley Derby shooyting from side of road ... 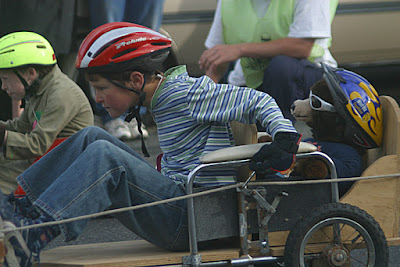 Posted by JCUKNZ's blog at 9:28 PM No comments:

A silly error on my part

I am kicking myself in the proverbial as I unfortunately remember my error in reading a specification review in 'Dpreview' that the camera that newbie had bought had a GN of 9.4m .... and I took m to mean metres when it was metric to difference between the 'imperial' system of working in feet and metric using metres. The results are the same which ever system you use so long as you do not mix measures LOL.

So if you convert 9.4metres to feet you end up with roughly 28 and the GN is always specified when using 100 ISO.

Up the camera's ISO to 400 and we have 56 ... which was the GN I used for most of my work, except in a DIY modification I cut out one of the two capacitors my flash had and halved the output for a GN40 and a recycling time half of normal. That was when I was shooting in competition with two or three other 'togs' as we shot people arriving at a show. After awhile one of them came over and wanted to know what 'super fast' flash I had which looked like his but shot twice as fast ... LOL

I had a switch so I could revert to full GN56 at the flick of a switch [ DPDT ] and seconds to fill up the second capacitor. Using GN56 I had to wait a wee while for it to recharge between shots but at GN40 it was topping up faster than I was shooting LOL Note I am using LOL instead of a smiley as it comes out as a square :-(
Posted by JCUKNZ's blog at 8:52 PM No comments:

An Abuse of Power

Over the past few weeks I have suffered from an abuse of power by the moderator of a site which has ended in me being banned …. Forever 
This current dispute is because I challenged the wide spread condemnation of the ‘on-board’ camera flash as useless. Camera makers have been including this feature in most cameras since digital began so I cannot but think somebody is not wrong here 
But because I questioned the statement and said it was a load of rubbish I have been banned without any tolerance to explain why I think the onboard is useful. I regularly use my on-board when there is insufficient light on my subjects.
The on-board is usually condemned on the grounds that it is too weak to be of any use and its position close to the taking lens is dis-approved of. Because of the recent fashion to bounce light off celings and walls much of the output is ‘wasted’ by not being directed at the subject being photographed, hence the need for more power than the average on-board has. Then there is the problem with shooting colour that a flash close to the camera results in ‘red-eye’ so these days it is better if subjects are looking at the camera to have the flash some distance from the camera or else use the camera’s ‘red-eye’ avoidance feature which with a series of weak flashes gets the pupil to close.
But if you are taking ‘candids’ it is reasonable to shoot when people are not looking directly at the camera.
Years ago I earnt my living shooting candids and in those days flash guns were quite weak compared today and I regularly worked with a Guide Number of 56. The GN is divided by the distance in feet from the flash to the subject and the answer is the aperture to use.
So for single people or pairs taken from five feet this resulted in my using f/11 while a standing couple with camera held vertically was 10ft and f/5.6 … this was with film rated at 100 ISO. Occasionally one would take a group of people standing at 15ft and one used f/4.
That was with a 50mm lens which with an APS-C camera equals about a 35mm lens today, or 25mm if shooting Micro Four Thirds.
Today I must admit being completely confused by the variable involved in using a zoom lens with zoom-able flash and the automatic coupling flash the camera so I leave it to the camera to sort it out and find they do this very well. I am too old to bother about learning the new ways when I have an intelligent camera to work it out for me.
The thread I was contributing to was a newbie to digital asking for help though based on some unspecified experience with film. So had I been not cut off at the gate I would have suggested he use the on-board in preference to getting a modern flash and the inevitable fumbling that working with new gear often results in.
I am reminded of my boss those many years ago taking me to the pub to celebrate my birthday and having got me to drink a couple of whiskies with him gave me an assignment.
I did not normally drink anything so was quite plonked …. so setting my camera to f/8 I took everything at about 7ft rather than try to change things for each shot. It was a business reception with everybody drinking so my state didn’t matter and of course the photos came out good as gold 
There is a lot to be said for the KISS principle for situations were one is not sure of oneself.

Posted by JCUKNZ's blog at 8:43 PM No comments:

Every time there is a weather related disaster up in the islands we hear about "fifth day and absolutely no aid' while the beaurocrats say "we must establish the needs first to avoid waste".
For heaven sake how many more disasters have to happen before people wake up and insist that supplies of tarpaulins are immediately available along with water ... water and shelter ... the immediate needs every time.
Posted by JCUKNZ's blog at 11:46 AM No comments:

I read what I consider a ridiculous statement which was that one cannot shoot action with other than a DSLR camera.
Since I used a bridge camera, several over the years as they developed, and had no difficulty in shooting 'action'. 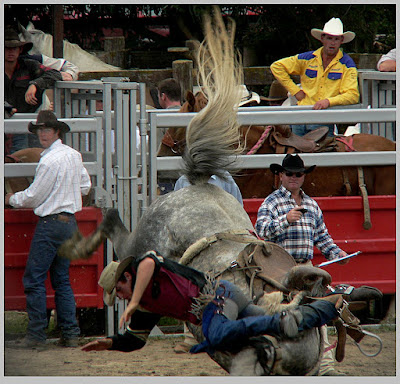 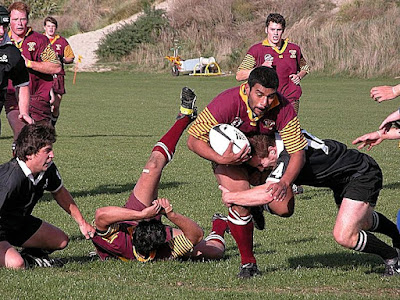 Posted by JCUKNZ's blog at 7:47 PM No comments:

When should the working day start?

There is talk in the NYT that children should be permitted to sleep in for a better learning ability when they awake later in the day .....

I remember my younger days that my natural inclination was to stay awake late and rise latter and the regular 8am job start was pure hell and I was frequently late, particularly on Tuesday mornings which followed my attendance at the local cine club which was an all enveloping interest before I achieve my ambition to work in the industry. I remember my delight of a 10am start in that first TV job for which I was never late .. partly becuase my hobby interest had become my work of course.

People go on about the layabouts who have difficulty, alleged, of getting up early to go to work after an evenings activity when perhaps industry and other employers should look to different work hours to cater for their workers natural inclinations.

Now in retirement I regularly am awake at 5am and find early appointments a cinch .... but apart from them I have no need to wake early. I am also often in bed by 9pm when younger folk are perhaps just thinking of going out for the evening.
Posted by JCUKNZ's blog at 1:41 PM No comments:

My Attitude to Photography

I strongly disagree with Robert K ... after all what is the point of paying for a camera which is very capable of quickly getting the answer for you and then working in manual .. really quite illogical [ ignoring the fact that 'simple' cameras' are not made these days ]

NO ... my attitude is that I try and hope I recognise situations where I need to work in manual and do so ... a very small proportion of the shots I take ... the rest of the time I give the camera its head to use a horse riding term:-)

A second attitude is that I aim to obtain a file which will be suitable to be turned into the final product in editing. I believe I am a disciple of Ansell Adams with this as I read recently. He used a darkroom I use a computer. Which enables me to do so much more much quicker than ever I did in the fume room

I shot Manual out of neccessity for perhaps fifty years and luxuriate in the help the modern camera gives me, has given me the past decade :-)

I remember back when I bought my first 'automation', it just estimated the exposure, nothing else. The 'experts' of the time said it would never work .... in fact the only bad exposure I got was when I once thought I knew better and over rode the camera ... LOL
That was back in the sixties with just one of the many cameras I have owned and used and only in the last decade have I got truely clever cameras with digital which enables me to concentrate of the image rather than the technicalities for most images.

Obviously for a newbie, and this forum is for them, I strongly advise that they learn the technicalities and practice them until when they are needed they can use them to over ride their gear. But do not discard the help the geeks at the factory have organised for you to get good results which builds your confidence in the very complicated activity called photography. The essence of which is getting images with meaning not operating a machine.

Posted by JCUKNZ's blog at 2:49 PM No comments: